In Sweden, about 50 000 people are living with type 1 diabetes and a majority use CGM/FGM and depend on insulin treatment to for their survival.

Approximately four percent of the Swedish population has type 2 diabetes and among those over the age of 75 at least ten percent have the disease.

For both type 1 and type 2 diabetes, the disease includes a number of complications, both acute and long-term.

During 1980’s genetically engineered preparations appeared on the market that resembled the body’s own insulin with both short- and long-acting varieties. Around this time the first insulin pumps were introduced.

In the late 1990’s and early 2000’s blood glucose monitoring entered the market with CGM-sensors which enabled more self-care for people with type 1 diabetes. Today, with data from the CGM data there is a data and decision overload for the healthcare providers where the patients have to analyze continuous data manually in order to make daily decisions. Complicated data analysis and physiological modeling are issues as well. 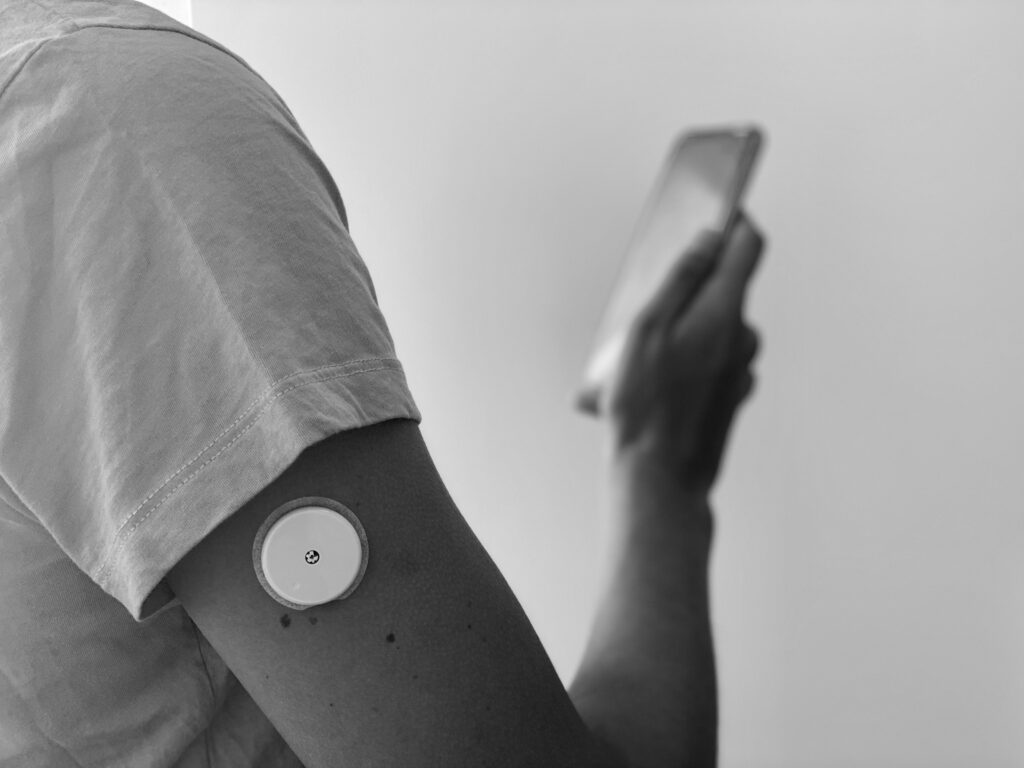 Our solution to this data overload is a clinically validated digital service that generates automated analysis, monitoring, identification of root-causes, and treatment recommendations based on machine learning. DD Analytics see this as a paradigm shift where we use continuous data to provide better care and decision support for both healthcare providers and people with diabetes – enable daily decision. This is diabetes 3.0.

In Sweden, about 50 000 people are living with type 1 diabetes and a majority of whom use CGM/FGM. Globally, more than 5,5 million people live with type 1 diabetes who all depend on insulin treatment to survive. To control the treatment, they need to measure their blood sugar repeatedly per day and incorrect dosages can be directly fatal.

However, there are no digital tools for automatically interoperating the data that is generated from CGM/FGM and thus no good decision support for either the individual or the health care. Our product is a “software as a service” and for the health care, we deliver a complete solution with automated analyzes, treatment proposals and a digital bridge to the patient. For the individual user we offer an application with analyzes of their blood glucose values.

Our goal is to revolutionize diabetes care with powerful digital tools based on big data and machine learning. We want to reach as many people with insulin-treated diabetes as possible and provide the health care system with tools to able optimal diabetes care. Our product generates automated interpretations of continuous blood glucose values and present the most probable root cause. Based on cluster data, we have created models for how to best achieve treatment goals.